Mortal Kombat X has been around long enough for you to know if you’re sticking with it or if you’ve already dropped it in favor of The Witcher 3 or whatever new game you’re playing. Those of you who are still playing (and there are quite a few of you) may already know the ins and outs of MKX and beat up novice players online or go to tournaments and take names there. However, there are many players who just jump online and press buttons, or are just stuck on a new skill level.

Fear not, we’re here to tell you how to improve in Mortal Kombat X so you can defeat the Scorpions online legion. If you follow a few quick tips, you may even want to venture into a tournament and try your luck against some of the more experienced players. Whatever your intentions, we’re here to improve your MK skills, so listen up!

How to Become a Better Mortal Kombat Player

The first step to becoming a better Mortal Kombat player is to enter training mode and perfect your combos. You want to make sure you have combos for every possible situation. This includes low and / or overhead combo starter combos, air-to-air strike combos such as a jump hit, and corner combos that generally allow you to max out your damage.

Practice these combos until you can do them blindfolded. If you really want to get better at MKX, practice each combo until you can successfully perform it 10 times in a row. This is important because when you are in the heat of battle it is always more difficult to create newly learned combos. In training mode there is no pressure to hit your combos, but against someone else that’s a whole different story. The more muscle memory you have, the easier it will be to perform these combos under the pressure of a real competition.

Training mode is also important for practicing against lineups. If you are beaten by another player with a tactic you might consider “cheap”, enter training mode. Select that player’s character as the second player and set the AI ​​to record your actions and perform the same tactics that the other player was doing. Take back control of your character and find a way to get around that tactic. You may need to upgrade to avoid confusion, maybe use an armored special move to avoid the situation, or just stay away from the other character. Whatever the answer, you will find it in training mode.

The best way to get good at Mortal Kombat X is to play the game as much as you can. The more you play, the more you become familiar with your own character and the characters you play against. The network code in MKX is good enough to practice with it properly. There is no substitute for offline practice without any delay, but you can still practice well online, especially if you can find better players to compete against.

If you live in a medium-sized city, there are most likely other people who play Mortal Kombat. You can go to sites like Test Your Might to find regional forum threads that players can go to to find local gatherings. You may be surprised how many people play MKX. Whether you’re in Miami, FL or Sacramento, CA, you should be able to find other players within an hour or so of your hometown. Even some remote cities may have more scenes than you expect. If you don’t see a thread covering your city or state, create one and see if someone posts in it.

The average player will not improve much if he continues to play against people he is constantly hitting. You learn more by losing than by winning, so it’s important to find players who are better than you. If you could use the same tactic over and over to beat an opponent, what if you played it yourself? How would you avoid that tactic? If you don’t play with someone who can understand how you play, you will never improve.

Many players get angry when they lose games, especially when they feel they have been lost because of a “cheap” tactic. In all fairness, there are very few tactics in fighting games that are considered really “cheap” for competitive players. If you are defeated by a particular tactic, all you have to do is figure out how to get around it. Don’t consider the opponent cheap, he will just do whatever works. If you stop them from doing that, you win or at least force them to play differently.

Mortal Kombat X is finally here! It’s been four years since the last Mortal Kombat game was released on PlayStation 3 and Xbox 360, so we can’t blame you if you’re a little rusty. For those new to the series, YouTubers and streamers SilentC0re, LTZonda and BRKsEDU have some tips for you. If you want to compete with professional players, Davy Jones tells you what to do to gain the upper hand. Warning: This is about both reading and playing!

Use the environment: You must use the environment to your advantage. If your character is next to an object that you can interact with, it will be highlighted. Each card contains several such items, ranging from barrels you can throw at your opponent to a lion that you can use as a jumping platform! Just press the interact button when the object is highlighted to use it. (SilentC0re)

How to Use X-Ray Attacks: In Mortal Kombat X, you can use X-ray attacks to launch a brutal animation that deals a lot of damage. When the bar at the bottom of your screen is full, it will flash and you can use your character’s specific X-ray attack by pressing both triggers at the same time. Make sure to use it when you are close to your opponent or you might miss! (SilentC0re)

But X-ray attacks aren’t always the best – learn when to use your special rods. X-rays look great, but they are not necessarily the best way to get past the special beams; however, they are very useful as a final move. These are often more important to keep for combination switches. (BRKsEDU)

Take the Time to Learn Combos – Players new to Mortal Kombat will want to make sure they really spend a lot of time going through the basic attack buttons, combos, how to perform an X-ray attack, and how to put an end to it. an attack. game with a fatality. All of this can be found in the options menu, and learning it is key to your game. (LtZonda)

Don’t skip the tutorial: each stage has fixed and dynamic elements that you can use to attack and move. Learn and use it. Try the tutorial; It sounds crazy, but it actually teaches you a lot of important information, from breaking combos to launching enemies in the air to perform combos. (BRKsEDU)

Play The Campaign Before Fighting Online – Play The Campaign For Single Player. It’s fun and gives you an overview of the characters. Play all Tower modes – modifiers will improve your skills and regular battles will train you. (BRKsEDU) 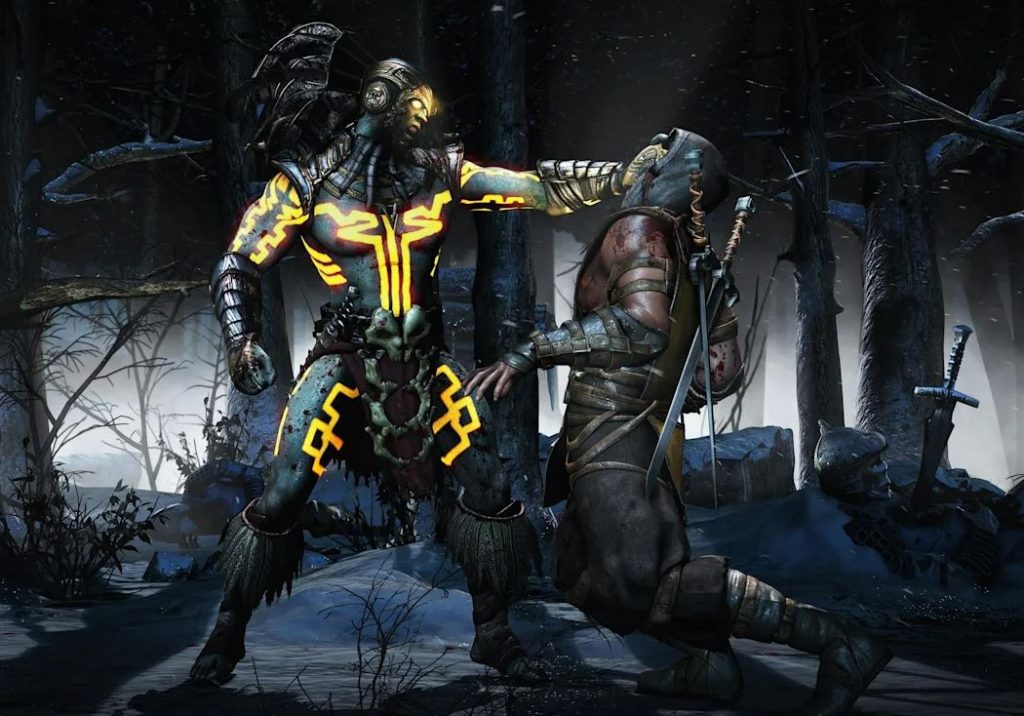 Game Practice Mode: This is your home now. You will spend many hours here to master all combos and characters. Mortal Kombat has a professional and competitive gaming community that shares the combos and the best ways to play the game, I recommend reading about this at testyourmight.com as you won’t learn everything in depth about the game’s mechanics without reading and learn his techniques.

Read: The practice mode in Mortal Kombat X contains all the box information about all the moves. That’s something that first appeared in Injustice: Gods Among Us. You should read what each frame name means because it’s really complex, and if you don’t study it, you won’t know which moves are better than others and what you can do to beat your fighter.

One fighter to rule them all – choose ONE fighter and only ONE. If you want to be competitive in this game you have to focus. All professional players focus on one fighter and dominate him against all others. Only if you think you can’t get better with the character you choose can you start learning another.

Study the Games Levels List – Pro gamers post Mortal Kombat’s levels list and it changes over time. It is the list that selects the main characters and defines why they are the best. If you want to play this game at a competitive level, you cannot choose a low level character.

Fight online, but only with no delay – Online mode can help you train, but only if you have no delay. You will never train properly with lag. Playing single player on Expert difficulty is also a great way to learn about each character and what your character can do, but the best way to train in Mortal Kombat X is to play against another good MKX player. If online isn’t slowing down, go ahead and fight with the best in the world.